Congratulations to Noah Wall and Tommy Norris of The Barefoot Movement on their April 2014 marriage.  Your fans at Chestnut House Concerts wish you joy and happiness. 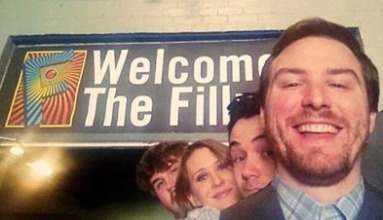 Laney Jones and the Lively Spirits were selected as the winners of the bluegrass genre of BELK’s Southern Musician Showcase in March 2014 and later that month performed at The Fillmore Charlotte.  You can read more in the Charlotte Business Journal.

Telisha Williams mentioned her training for an upcoming marathon when she played at Chestnut House Concerts in January 2014 with her band, The Wild Ponies.  On April 26, 2014 Telisha completed two goals… she finished her marathon and raised money for St. Jude Children’s Research Hospital.

Next in the series at Chestnut House Concerts: