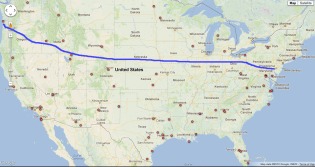 Tim arrived in Lancaster with an iPod full of music and a U-Haul full of wine. It took me much longer to review the inventory of the music than it did the wine.  I scrolled through artist after artist and when I got to Pierre Bensusan and discovered multiple recordings and over 50 songs I asked “Tell me why you love Pierre Bensusan?”, as I had never experienced his music. Tim replied that he first saw French-Algerian guitarist Pierre Bensusan play in the mid 70’s in Portland and Pierre give an interactive live show, engaging with his audience. Tim describes Pierre’s music as incredibly focused and while Tim is not by any means a judge of technical skill on the guitar, he notes that any audience member will recognize that Pierre is playing extremely complicated music and can make his one guitar sound like a multitude of instruments. 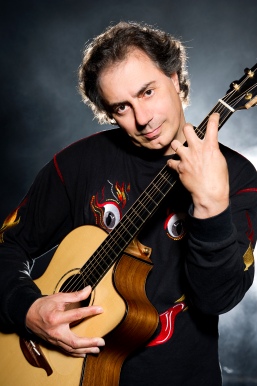 All guests must RSVP through Tim at tlehman9@gmail.com or by calling/texting 717-940-9311.  Please let us know how many seats to reserve. Everyone pays by donation, suggested amounts of $15/20 per person.

“Bensusan’s remarkable technical ability has never been in question, but it’s the sheer musicality and lyricism of his body of work that has cemented his position as one of the most accomplished acoustic guitarists on the planet. Altiplanos, with its combination of solo, multitracked and ensemble pieces, simply reaffirms and builds upon Bensusan’s already stellar reputation.”
John Kelman, Allaboutjazz.com (USA)

“Spellbinding….Bensusan the composer challenges Bensusan the guitarist displaying a reach never before attempted by a solo guitarist…and succeeds in creating a masterpiece, destined to be at the top of any short list of the great solo guitar albums of this or any millenium! Far beyond technical brilliance, this is the work of a mature artist that run the gambit from heartbreakingly romantic to edgy and dangerously exciting.”
James Jensen/AcousticMusicResources.com