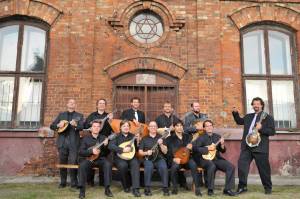 Tim Connell who played at Chestnut House Concerts in 2014 and 2015 with Mando Planet also plays mandolin with the world renowned Ger Mandolin Orchestra. They recently performed in New York City, an event that was picked up by the Wall Street Journal.

Our very first house concert guest back in 2012 (and again with Sally Barris in 2015) was Jonathan Byrd. In my opinion he is one of the best writers in Americana music, and Jonathan Byrd’s response to the tragedy in South Carolina was shared over 4,000 times on Facebook.

Alex Conerly of The Barefoot Movement proposed to his love, female vocalist Marion Grace, at the Grand Ole Opry.  We’re happy to celebrate their engagement.

After doing a project together for Earthwork Music, Lindsay Lou and the Flatbellys recorded “Burning it Down” with Max Lockwood and John Driscoll at La Luna Recording and Sound. They sound mighty fine together, but it might be difficult to squeeze a 6 piece band on our ‘stage’ at Chestnut House Concerts. 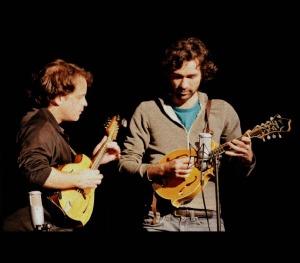 The Portland, Oregon based mandolin duet of Jack Dwyer & Tim Connell (Mando Planet) is returning to Chestnut House Concerts on Friday, April 10, 2015.  Like doubling the good stuff in a drink, the rich sound of two mandolins fills the room as these artists bring their creativity, energy and talents together.  It’s not a competition but rather a conversation between two instruments. You might hear Brazilian Choros, Irish Jigs, as well as African or traditional folk tunes.

Mando Planet (Jack Dywer and Tim Connell) played at Chestnut House Concerts in March 2014 and we’re excited to have them return on April 10, 2015 to play the world’s music on sixteen strings. Their set typically includes music from Ireland, Brazil, the Appalachians, Africa and the African Diaspora, Greece, The Jewish Diaspora, and the Balkans.

The Corn Potato String Band plays traditional American music and all three members are multi-instrumentalists. In addition to being champion fiddlers they play banjo, guitar, bass and mandolin and deftly handle many different antiquated styles including ballads, “ho-downs,” country “rags” and southern gospel, specializing in twin fiddling and double banjo tunes. The Corn Potatoes will be at Chestnut House Concerts on Saturday, March 28, 2015.

Birds of Chicago won the hearts of the Chestnut House Concert audience in September 2013 and they will return on Sunday, March 22, 2015 for another evening of music.  The Birds of Chicago just finished recording a new album Real Midnight with producer Joe Henry and they will share some of their new songs with us. 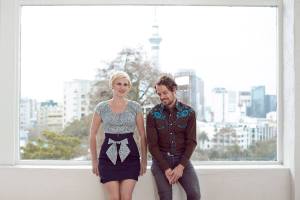 In August I communicated with Rachel Baiman of 10 String Symphony about the possibility of having them perform at Chestnut House Concerts. Her response was “I wonder if you might consider doing a co-bill? Our tour this spring in the US will be co-bill with our friends and amazing New Zealand musicians Tattletale Saints.  They just recorded an album in Nashville produced by Tim O’Brien and will be releasing it in the US in March.  I can’t say enough good things about their music, they are also a duo but play guitar and upright bass so it makes for a nice, complementary co-bill.”

Consider it?  What an honor!

The 48th Vodafone New Zealand Music Awards were held January 26, 2014 and Tattletale Saints took home the Tui for the Best Folk Album 2014. The album, ‘How Red Is the Blood’ was recorded at Butcher Shoppe Recording Studios in Nashville, TN with renowned engineer David Ferguson and was produced by Grammy award winner Tim O’Brien. The Tattletale Saints duo is described as a “masterful blend of Americana fused with jazz, soul and pop” and is made up of Cy Winstanley voice/guitar/harmonica and Vanessa McGowan voice/double bass.

This coming Friday (March 28th) we have a house show with Mando Planet.

One week later on Friday, April 4th, we have our first House Concert Co-Bill with 10 String Symphony and Tattletale Saints. Each band will perform separately but will also do some songs together.

For all house concert events – Potluck at 6, Show at 7. 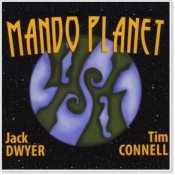 Jack Dwyer got his start in a family bluegrass band in the wilds of Alaska, and was a gigging musician in New York City before he entered his teens. Years of playing have put him onstage with many great musicians including Peter Rowan, Bill Keith, Jay Ungar and Molly Mason, The Mammals and others.

These days he has found a home in the vibrant music scene of Portland, OR, where he teaches at Lewis and Clark College. His latest project is with multi-talented West Coast guitar picker Scott Law, and the group recently appeared at this year’s Wintergrass Festival. In January 2013, he collaborated with fellow Portland mandolinist and Lewis and Clark adjunct Tim Connell to release Mando Planet, a collection of instrumental world music mandolin duets.

Tim and I had the opportunity to travel to Wintergrass 2013 near Seattle – with Mando Planet: featuring Jack Dwyer & Tim Connell marked in our program as a must-see, and their show was a highlight of the festival. Their upcoming East Coast tour means you don’t need to travel to the Northwest to see them; they’re coming to you!

To save seats for their house concert performance at Chestnut House Concerts email Tim Lehman at tlehman9@gmail.com or call/text 717-940-9311. There is a traditional pot-luck at 6:00 p.m. and the show begins at 7:00 p.m. A suggested donation of $15-20 with all money going directly to the musicians.

In 2012 artist Kathy Krisinski attended a house concert at the popular Abbie Weisenbloom series in Portland, Oregon. Jack Dwyer, Tim Connell and Marijke Wiesenekker were playing mandolin along with Michiel Wiesenekker on guitar.  It was not only a full moon that night, but a blue moon. Following the show the musicians jammed together until 2 a.m. and the good energy from the evening inspired Kathy to paint the blue moon guitar and 3 mandolins painting that sold to someone in Germany.

Though it won’t be a full moon on the 28th, Mando Plant featuring Jack Dywer and Tim Connell will be bringing that same energy to Chestnut House Concerts on Friday, March 28th.  Potluck is at 6:00 pm and the show begins at 7:00 pm.  Donations of $15/20 at the door. 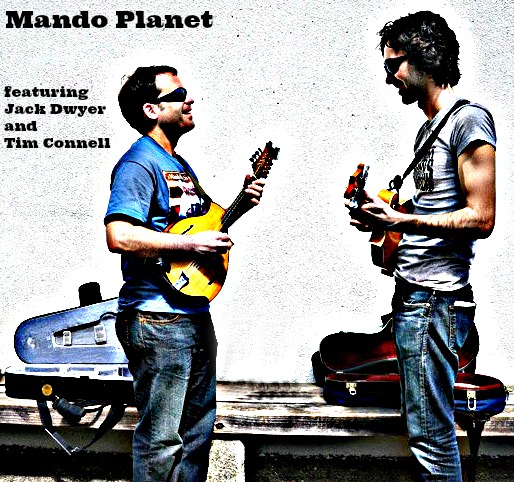 The Ger Mandolin Orchestra is a memorial project of reviving the Jewish Mandolin Orchestra that was active in Gora Kalwaria (or as it’s known in Yiddish, “Ger”), Poland between 1920 to 1930. In 2010, founder Avner Yonai traveled from his home in California to Poland to learn more about his lineage and met with then 94 year old survivor Avrum Henryk Prajs. It was then that Avrum showed him a photo he had never seen that included his own grandfather, two great uncles and a cousin. It was the photo below, of the Mandolin Orchestra of Ger.

This black-and-white portrait of the Mandolin Orchestra of Ger eventually led Avner Yonai to relatives in Israel. Given that most of his mother’s family had played in the orchestra, Yonai decided to resurrect it.  The contemporary Ger Mandolin Orchestra includes some of the best mandolin players in the world including  Mike Marshall, Avi Avital, Eric Stein, Jeff Warshauer, Chris Acquavella, Sharon Gilchrist, Brian Oberlin, Dana Rath, Adam Rozkiewicz,  Radim Zenkl and Tim Connell.

Chestnut House Concerts will host Tim Connell and Jack Dwyer (Mando Planet) on Friday, March 28, 2014.  I invite you to watch the following film of the Ger Mandolin Orchestra from their performance in Toronto, Canada in November 2013.  The Orchestra is seated in a semi circle, and Tim is at the end on the far right.  The camera focused on Tim at 3:33, and from 6:02-6:10 there’s also a brief clip of him playing as part of a trio.

Avner Yonai commented about forming the Ger Mandolin Orchestra that it’s not just about the mandolins and about connecting to the past,  “It’s about family”.  In 2014 we at Chestnut House Concerts send you warm wishes with a challenge to keep music as a part of your day, and to maintain family as priority in your life.

College is back in session, football games have begun, morning traffic is dotted with yellow school buses…and Chestnut House Concerts are about to begin again after the summer break.

We have some great shows lined up for September 2013 through May 2014, beginning with the Birds of Chicago on Wednesday, September 18. Allison Russell (from Po’ Girl) and J.T. Nero (JT and the Clouds). Other shows include Dave McGraw & Mandy Fer, Mando Planet, the Wild Ponies, Adrien Reju, Nora Jane Struthers, and the recently booked Montreal-based The Bombadils.

We were privileged to host some of the finest bands in roots/Americana music last year and the feedback from the artists was consistently positive and they commented on the high level of engagement and involvement from the audience. We’re excited for September 18th and hope you can join us for our traditional potluck at 6:00 p.m. and Birds of Chicago at 7:00 p.m.

Seats must be reserved. Visit the About section for contact information.