Updates from two of the bands that played at Chestnut House Concerts in 2012-2013.

The October 29th issue of Bluegrass Today has an article about Lindsay Lou & the Flatbellys, and a recorded interview by author/editor John Lawless with Lindsay Lou.  The interview is about 6 minutes in length and references a video filmed at a farm in Michigan.  The video “The Fix” is below the recorded interview.

In other exciting news, yet another artist from last year’s series will be on the Late Show with David Letterman tomorrow, October 30th. (The Kruger Brothers were on the David Letterman show on September 27, 2013).Tania Elizabeth (The Stacks, The Duhks) will be playing with The Avett Brothers.Tania reports that the Duhks and the Avetts go way back and she’s looking forward to seeing her old pals and making some music.

The Barn Birds will be touring together again in the fall providing shows in the Northwest and the Northeast in October 2013. For more information about their tour schedule you can visit http://www.chriskokesh.com/performances.html.

Mark your calendars for an appearance by The Stray Birds in Lancaster, PA on Friday, October 18, 2013. Series 42 is hosting this fantastic local group at the Elks Club Lodge, 219 N. Duke Street. Ana Egge will be touring with them for this show and a few others including a November 1 performance at World Cafe Live on Walnut Street in Philadelphia.

April Verch continues holding a strong tour schedule and will be in Sweden at the end of July and into August. Check out this artist’s rendition of April from fan Steve Jackson – even the plywood was captured in what he calls “zen calligraphy”. 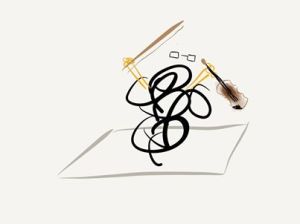 The Kruger Brothers are also traveling internationally – headed to their homeland of Switzerland in October and November 2013.

Ear to the Ground Music posted a nice review of The Barefoot Movement in June.
http://www.eartothegroundmusic.co/2013/06/27/the-barefoot-movement-figures-of-the-year/

Tania Elizabeth will be busy with The Duhks in the next several weeks as they tour the Northeast including appearances at the Redwing Roots Music Festival, Grey Fox Bluegrass Festival, Green River Festival and the Grassroots Festival.

Announcements for our fall schedule at Chestnut House Concerts will be made soon. We hope you all are having a great summer. 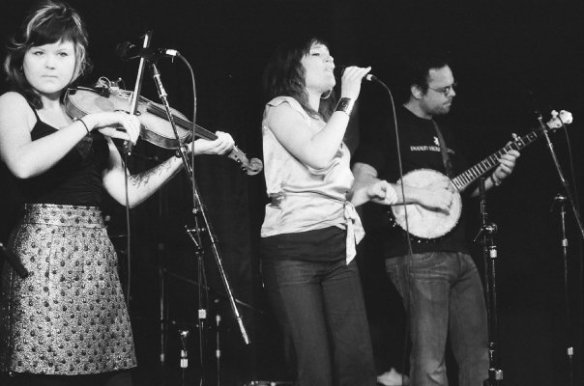 This photo by Tim Lehman is of Tania Elizabeth (left) playing with The Duhks at Wintergrass in Tacoma, WA in 2008. There are a couple seats left for Tania’s performance with Andy Stack on Wednesday, June 19, 2013 at 7:00 pm.

Both Andy Stack and Tania Elizabeth have collaborated with other musicians throughout their musical careers.

Andy began formally touring with a band when he was just age 15, and has since then toured with Suzanne Vega, Jonah Smith and the NY Ska Jazz Ensemble.  Writing and recording his own songs gave Andy the opportunity to open for bands such as Los Lobos, Madeleine Peyroux, Guy Davis, Dar Williams and Martin Sexton.  Andy has also collaborated with his sister Melissa Ahern  in a duo She and the Sun.

Tania Elizabeth is a multi-instrumentalist, with fiddle as her primary instrument.  Like Andy, at age 15 she started formally touring and recorded her first album.  She’s the co-founder of the Canadian-based band The Duhks who recently finished recording a new album, soon to be released.  Tania’s versatility makes her a huge asset as an accompanist and she’s traveled with musicians such as Rachael Yamagata and Mary Gauthier.

Andy and Tania met in a prohibition-era blues club in the middle of New York City.  They were both there to support a mutual friend’s performance and formed an instant connection that started not just a musical collaboration…they were married at city hall in NYC in the spring of 2013.

Tim and I went to the Tin Angel in Philadelphia to see Tania and Andy perform with Adrien Reju.  Their abilities to accompany with sensitivity and perfection enhanced Reju’s performance.  We are honored to have The Stacks present a house concert on Wednesday, June 19, 2013 at Chestnut House Concerts.  If you like fiddle tunes, electric guitar, strong vocals with gentle harmonies, covers with a twist, and original songwriting – save your seat now by emailing Tim at tlehman9@gmail.com.